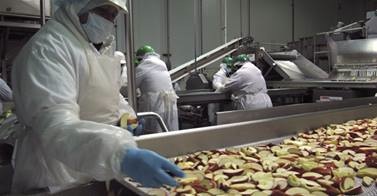 Will 2014 be a decisive year in the drive for – or against – genetically modified foods? The issue has been heating up for the past few years, and new developments are now coming fast and furious.

Remarkably enough, the company exec pushing the GMO apple “feel[s] strongly this is a technology that needs to be embraced if we are going to feed our planet.” Seriously? Non-browning apples are needed to feed the planet? Of course, you could save the millions in research, the likely contamination of organic apple crops, and the unknown health and environmental consequences, and simply dip your apple slices in a bit of water with lemon juice. Or how about eating them whole… or just dealing with a little browning from time to time and eat them anyway? (Believe it or not, they still taste good!)

The insanity hardly stops here, though. It was reported just yesterday that the Supreme Court has dismissed the case of organic farmers who sued Monsanto over its strong arm tactics to protect its patents on GMO seeds, which include suing farmers whose crops have been contaminated by GMO crops for “patent infringement.” And the latest word from national food groups including The Cornucopia Institute and Food Democracy Now! is that Monsanto is quietly pursuing legislation in Congress to create a federal GMO labeling law – although one that would be only voluntary, and which is in the eyes of many an end-around attempt to quash various state campaigns for GMO labeling. 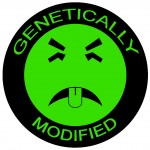 But there are victories on the other side as well. In spite of the narrow losses of GMO labeling initiatives in California and Washington – losses that came only after multi-million dollar industry disinformation campaigns.Connecticut recently became the first state to pass a GMO labeling law, and Maine just became the second. Kellogg’s has decided that Cheerio’s will go GMO-free in 2014. National supermarket chain Whole Foods announced last year that they will institute their own GMO labeling program, and this past fall a federal judge in Mexico ruled that planting of GMO corn in that country had to stop until lawsuits challenging it could be heard. (Joining, at least temporarily, the 64 countries around the world that either ban the use of GMO crops or require labeling for products containing them.) Some are also suggesting that the industry attempt to get a voluntary federal labeling law is a sign of how concerned they are about the various state efforts in the U.S. (including one that will be starting soon in Maryland).

This battle over the future of our food, and who controls it, will only intensify in the coming months. Do you want to stay up on all the developments, including the soon-to-be-announced Maryland campaign? Then make sure to sign up for Montgomery Victory Gardens’ monthly emal update, and visit (and like!) our Facebook page. And don’t forget – as we work toward labeling and similar efforts, you can avoid GMOs by buying certified organic, which doesn’t allow GMOs, by purchasing from farmers you know… or by growing it yourself!